Sammy Addo: “I did my job as a Third Grader.”

“due to an extreme delay in the scoring of the of Florida Standards Assessment (FSA), its unsubstantiated validity…. recent legislation (House Bill 7069), states that the Florida Department of Education (FLDOE) is not expected to release FSA scores for Third Grade English Language Arts (ELA) until after the school year has ended.” (ABC News13, 05/05/15)

The law no longer mandates retention. (Tampa Bay Times, 04/29/15)  As a result, in some districts, such as Orange County, retention decisions for students of concern, will be at the discretion of a team, made up of parents, teachers and principals.  Other districts, such as Bay District Schools, have made policies of “no retention.”  Yet, in spite of the fact that test scores will not be validated until after the next school year begins, if they are validated at all, Duval County, still threatens third graders with retention, even though they may be proficient readers, with the record to prove it.

We will have to wait until Sept 1 to learn whether the tests are valid or not – when the review panel is due to deliver their final report.

Eight year old Sammy Addo, from Brevard County had no doubt he was going to the fourth grade, in spite of having no test score, as he had opted out of the FSA.

Sammy is 8 years old, and just completed the third grade in Brevard County, Florida.  His mom is Darcey Addo, a teacher, fierce education activist and 2016 school board candidate.

Last December, Sammy addressed the Brevard County School Board on high stakes testing – Watch him here.
__________
This week, Sammy got the great news that he had been promoted to the fourth grade, even without a test score.  His mom had more faith in Sammy’s teachers to authentically assess his work via multiple measures (classwork and class tests for the entire year), than on a single high stakes test score on a single day.  She did sound research and tells “#WhyIRefuse…just three of my reasons.” She shares how Sammy was promoted without a test score in, “No FSA score? No problem! My 3rd grader is being promoted, yours can too!“

Watch Sammy share his news with the Brevard County School Board:

My name is Sammy Addo. I am finishing third grade at Port Malabar Elementary this week. Next year I will be in fourth grade even though I did not take the Math or the Reading FSA.

Even though I didn’t take those tests, I took all the tests that Mrs. Kelly gave me about things that she taught in our class. Those tests were how I proved what I learned. I did well and that is why I am going to fourth grade – my report card proves I did my job as a third grader.

Lots of people at school said I would have to stay back because I didn’t take the FSA, but I knew they were wrong.

I knew that my mom and dad wouldn’t tell me to do something that would be bad for me. They always say that one test on one day does not prove anything about me.

– In third grade this year, I learned so much, that I wasn’t worried about being held back.
– I learned about Celiac disease and I won second place in my school science fair!
– I researched John Lewis, one of my civil rights heroes.
– I read the first four Harry Potter books and finished the Percy Jackson series.
– I learned how to calculate area and perimeter.

There are lots more things I learned in third grade, but the point is that my teacher taught and I learned. My report card proves it – not an FSA score. I can’t wait for fourth grade to learn even more.

If you are the parent of a Florida third grader, read how your child may be promoted without an FSA test score.
Per FL DOE K-12 Chancellor, Hershel Lyons (see p. 1, item 4):

…it appears that your district has chosen to pursue good cause exemptions for any student who does not have a score on the third grade ELA FSA. This is consistent with the technical assistance from the department (DOE).
Please continue to work with your district on the implementation of this local decision.

Therefore, if the DOE says promotion is a local decision, then ALL districts have the same authority.  If your district says otherwise, it is only because they choose not to use the authority granted them.  Push.  The priority of school districts should be the welfare of children.
__________
In March, Darcey wrote an outstanding open letter to the Florida House and Senate on behalf of Opt Out Orlando. You can read it here.

Florida… Where The Number 1 Defines Children As Failures

IF you have fulfilled all graduation requirements (met the GPA requirement, passed the Algebra 1 EOC or the PERT and have all required credits), but you have not passed the FCAT, the SAT or the ACT…

IT IS TIME FOR YOU TO GET LOUD.

STUDENTS CAN FIGHT BACK.  HERE’S HOW… 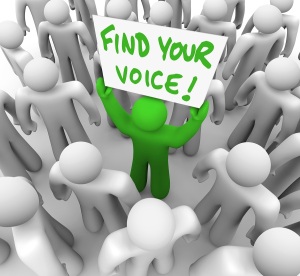 1.  E-mail a letter to the Florida Department of Education (FLDOE) and request to see your graded FCAT. This is the only evidence they have for holding you back, yet you cannot see it. They won’t send it to you, but you need the paper trail and proof that you made the request. (Vince.Verges@fldoe.org)

2.  E-mail your guidance counselor to request a “Score Inquiry”, again, for your graded FCAT. This is really the same process as Number 1 but on the school side. You may have to really push to get them to do this.

3.  Once you have been denied access to your graded test, in writing, by the FLDOE, contact us at OptOutOrlando@gmail.com. Make sure you keep copies of ALL correspondence.

The ACLU is looking at this as a possible case to pursue in court.

4.  Contact your State Senator and House Representative. Make an appointment and meet with them. Tell them your story. Tell them why the current policy of high stakes testing is not working. Tell them that after 13 years of being a good student, you are entitled to that diploma.

5.  SPEAK TO THE PRESS. If you know of others, you could speak as a group. We can help with that. OptOutOrlando@gmail.com

Last year, 9,000 students across the State of Florida were denied a diploma, based solely on failing this single test. This year, in Lee County alone, there are over 2,000 Seniors who will not receive a regular diploma.

Students have the power to change this. We cannot do this for you.

Do not allow the State to define you as a failure based on a single test score. You are #MoreThanAScore.

FIND YOUR VOICE and take back the power to cause change for yourself and for those who will be right where you are next year.

Hat tip to John Oliver for his epic takedown of high stakes standardized testing. It’s taken the airwaves by storm.

“Something is wrong with our system when we just assume a certain number of kids will vomit,” ‘Last Week Tonight’ host John Oliver says.

“Let’s put the tests to the test”

This is the most in depth and genuinely informed coverage of high stakes testing outside of the pro-public ed circles, to date.  Since it aired on Sunday night, it has been viewed more than 1.5 million times in just over 24 hours.

John Oliver was the perfect celebrity/media gun to take on high stakes standardized testing.  Why?  He has an uncanny ability to take a topic of national significance with an enormous amount of information and many different moving parts and distill it down to its most essential elements and convey it simply.  Satire at its best.

Considering the 200,000 opt outs in New York, plus all the activists in the states with major opt out activity – CA, CO, FL, NJ, OK, WA, and TX – John Oliver’s message has now reached hundreds of thousands of parents and educators who have not previously even been aware of the opt out movement. This is a huge boost to the opt out movement.

Here are just some of the articles that have been written about Oliver’s video in the first 24 hours.

Diane Ravitch: John Oliver on Testing and Pearson on HBO

Business Insider: John Oliver has an epic takedown of standardized testing in America